People Who Were Homeless, Addicted, or Had AIDS

Helped Me Help You!

Now, let’s get back to the contents of the book and the fascinating people and events that inspired me to script the real stories of normal, “everyday” people who found themselves in life-altering predicaments leading to homelessness, addiction, and AIDS. It was through them – and also because several Twelve Step programs allowed me to attend their closed meetings – that I learned invaluable lessons to use in life coaching and in counseling people in a non-judgmental, loving, and supportive way.

“THREE HOTS AND A COT”

A Playbook and Now a Book on Amazon 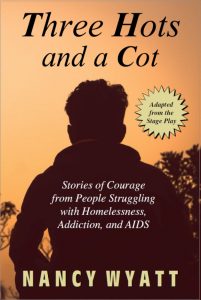 These mini-biographies are authentic accounts of hardship, courage, and love among people who experienced homelessness, drug addiction, AIDS, and other life-wrecking hardships. They tell how “normal, everyday people” find themselves in a shelter for the destitute.

Here is a picture of some of the group when we were performing other works about homelessness with Voices From the Streets. (I’m the one with “the legs” – a volunteer at the shelter. The blond seated on the floor is the late Suzy Goldman, who first conned me into becoming a Producer and Director.)

VOICES FROM THE STREETS Photo by Rick Reinhard (rick@rickreinhard.com)

Where Did We Perform the Scripts?

The homeless people and I performed Three Hots and a Cot throughout the Washington, D.C. Metro Area and as far away as Richmond, VA and Kansas City, MO. We did this under the umbrella of my non-profit, Variety Pack, which I formed to help the homeless after leaving Voices From the Streets.

We performed for a multitude of educational, religious, civic, and governmental organizations, including members of Congress and a Governor’s Conference on Housing and Homelessness.  Our performance also was recorded by the National Archives. One script was entered into the Congressional Record by Congressman Tom Lantos, and several were part of a cable television show which ran for months. 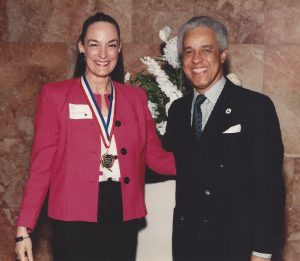 I received a number of unsolicited awards for this and related volunteer work. Among them were:

“Three Hots And A Cot”

…is an expression which homeless people may use to refer to their (often unmet) goal of each day. They spend endless hours trying to find three hot meals and a cot on which to sleep. All material is authentic and is based on actual people’s real experiences. I scripted, produced and directed the presentations for our performances, which are designed to teach people about these situations and to reveal the beauty and strength of the storytellers.

The homeless “actors” were sharing about their own lives, except in one case in which we told the story of one of the children whose whole family became homeless. These homeless folks got so good that an audience member once accused me of having hired actors to pretend they were homeless! 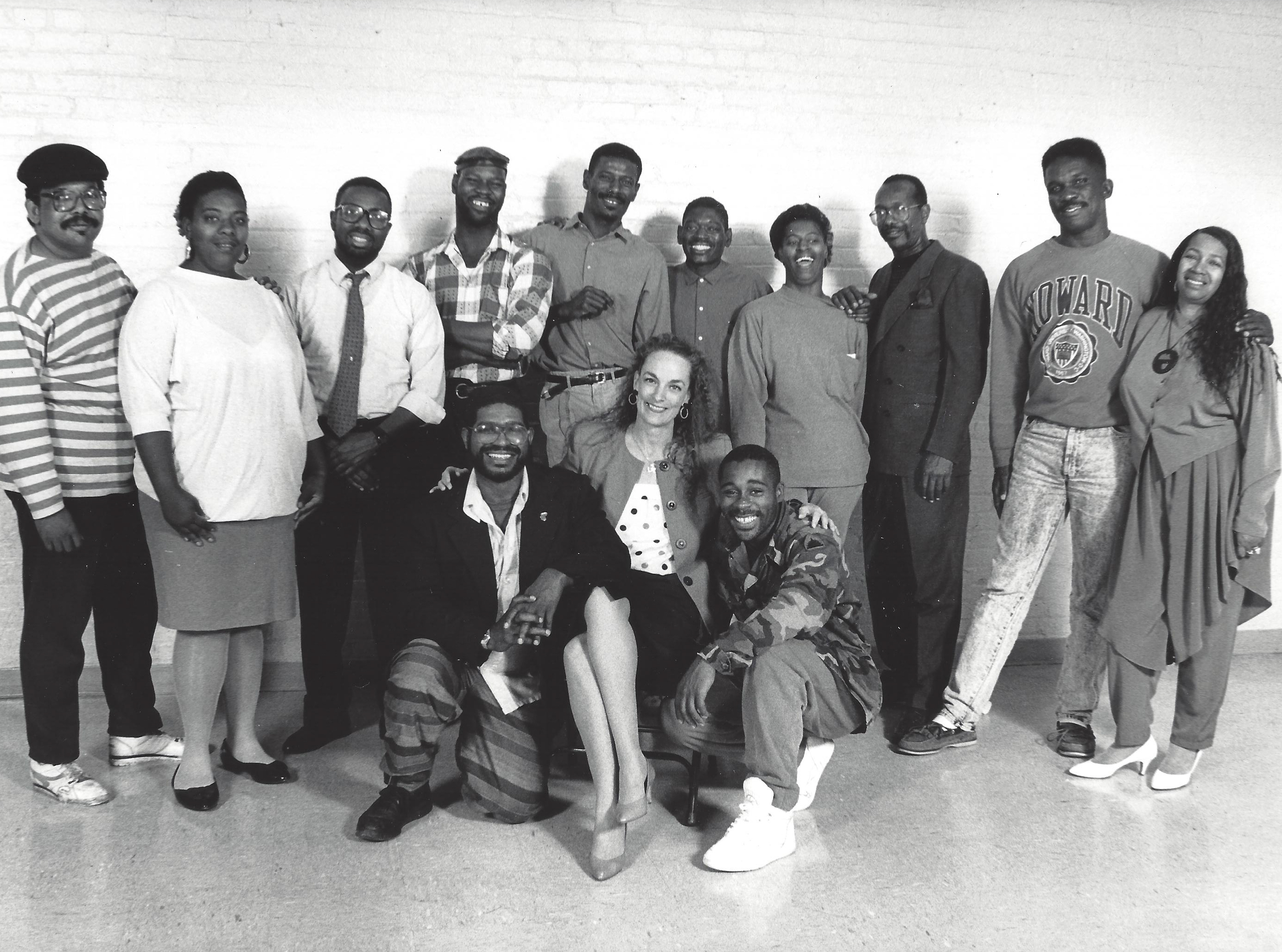 Some of the Variety Pack Players Photo by Rick Reinhard

Producers Ask, “How Long Does It Take To Tell These Stories About Homelessness, Addiction, and AIDS?”

During a full-length show (1 – 1 1/12 hours), a Narrator introduces each account.  But, the monologues may be performed singly, or in small groups when 10 – 20 minutes is the time limit. The approximate time for each reading is listed with each script below.

The cast sometimes contained singers and musicians, so music often was added, based upon availability of talent.

The troupe conducted a Question and Answer session after the performances.

We still miss those whose lives already have ended.  Happily, most of the performers who survived ultimately found new jobs and homes, or they were reunited with their families and children; some went back to school, and most have their addictions under control. 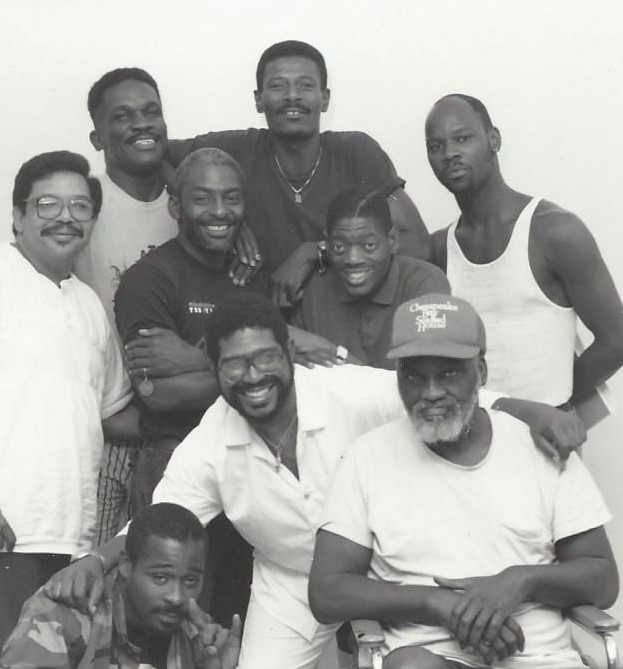 Some of the VARIETY PACK Players   Photo by Rick Reinhard (rick@rickreinhard.com).

Three Hots and a Cot – Description of Individual Monologues

A young man is laid off from his ‘good government job.’  His wife takes their baby and goes to live with her mother, and the landlord evicts him. Brokenhearted, he describes living in starvation on the streets, while still trying to find employment.  The two focuses are a)  how a typical, working American citizen can become homeless, and b)  homeless people are hungry people.  It describes what the typical emotional and physical symptoms are like.  Script:  6 – 9 minutes

THE VIEW FROM HERE

A young woman’s husband leaves her with their four children.  This script follows her as she gets a minimum wage job; moves in with grandma; gets fired and arrested for shoplifting (she didn’t make enough money for rent AND food), and tracks her into the alleyways where she becomes a prostitute to make food money.  Eventually, she becomes a drug addict, who winds up in jail.  Later, she comes to the shelter for help.  But, there is no room at the inn.  The story is told from the point of view of the shelter operator who has to turn her (and hundreds of others) away.  Script:  7 – 9 minutes

This story presents a newly homeless child’s viewpoint on homelessness.   She describes the shelter, the soup lines, the fear, and seeing ‘all these homeless people who look just like the ones she saw on t.v.!’  Unwittingly, she is being seduced by a drug pusher, even as she watches her own family life disintegrate, making her more vulnerable.  Script:  5 minutes

YOU CALL HIM ‘DERELICT.’ I CALL HIM “DARLING.”

This is a loving portrait of an old alcoholic panhandler, as he is viewed by a volunteer at the shelter. It is an attempt to humanize and give dimension to a homeless person who DOES fit the stereotype.  Script:  11 minutes  (performed by Nancy Wyatt)

This is the story of a young man from a Muslim Household.  He proceeds from the streets of Harlem to the military, to college, to a job as a police officer, and then to the shelter as he becomes lost in drug addiction.  While homeless, he acquired his Master’s Degree (Howard University) and became employed as a drug counselor.  He now has multiple advanced degrees, and he uses his strict upbringing, education, and experience as an addict to live his life constructively and to help others learn the same.  Script:  9 minutes

This script is the story of a young, upper-middle-class man who became homeless and, consequently, became sympathetic to the panhandler and the old woman pushing a grocery cart containing all her earthly possessions.  It is a call to action in the war on homelessness.  Script:  2 minutes

One of the things that became clear while working with homeless populations was that, at Christmas, the shelter residents and street people cared only about whether they could “scrape up” a gift for their children or parents. They had little interest in receiving presents themselves. In fact, if they were given a gift, they were very likely to give it to a family member. The next story gives us insight into their feelings.  Script: 2 minutes

(Pronounced “ring” “go.” The “D” is silent.) This is a revealing portrait of the many contradictory facets of a Black ex-convict, who was married to a minister and has great faith in God.  This person is a diabetic amputee and a drug addict.  The story addresses the issue of whether homeless people are lazy and unwilling to work.  And, it ends on a heartwarming note when he speaks of his volunteer work with homeless children.  Script:  8 – 10 minutes

This is a fairly light-hearted script which talks about the speaker’s ‘Most Unforgettable Characters’ at the shelter.  It describes a clown, an undercover agent, and some other colorful folks, ending with memories of Mitch Snyder.  Script:  6 minutes

This story traces the history of a former cast member from his life as a child prodigy “from the projects,” who sang with the National Children’s Choir for a Pope and two American Presidents, to his present state as a recovering drug addict with AIDS.  Script:  3 minutes

This monologue makes the point that homeless people are not just statistics.  It

tells the story of an 80-year old man who walked from New York City to Washington, D.C., during the Housing Now March on Washington, even though he has brain damage and often cannot walk 2 blocks; the story of a doctor who masquerades as a bag lady and was refused admittance to a conference on “health care for the homeless” at which she was the keynote speaker, etc.  Displays humor and describes how homeless people help homeless people.  Script:  4 minutes

This story begins with an attempted suicide and traces the life circumstances which led up to that point, including the speaker’s suffering from sexual abuse as a child, through a drug overdose by his spouse in adulthood.   This story is very harsh, but it is beautifully executed by the actor/singer.  It is not for the weak-hearted.  Its importance lies in the fact that these things are happening to thousands of people all over the United States every day of our lives.  It also ends on a positive note.  Script:  6 minutes

This is a short, but hard-hitting script, describing conditions in a typical family shelter and then asking what kind of adults these children will become.  How can they support our tax base, if they grow up semi-literate or illiterate, succumb to the drug pushers, etc.?  The script may be used as an introduction to PLEASE, GOD; it may be used as a stand-alone monologue; or, it may be part of the Narration.  Script:  2 minutes

These scripts are copyrighted by the author,  Nancy Wyatt,  with all rights reserved.  You may not copy, distribute, or perform them without the written permission of Nancy Wyatt.  When you purchase them, PayPal will notify My Persuasive Presentations, LLC that a payment has been received.  However, if you choose fewer scripts than the entire playbook, you must email MyPersuasivePresentations@gmail.com, to tell us which scripts you chose.  (We offer the flexibility of choice, if you purchase scripts individually, so they may best suit your needs.)

The paperback book for the reading public is available here at $10 + $3 shipping.

Three Hots and a Cot As a Playbook

Again, to purchase this in playbook format, please go to this link: https://mypersuasivepresentations.com/script-services-publications/three-hots-cot-homelessness-addiction-aids/ where I have set up PayPal options and instructions about the options. You may purchase the whole Playbook or individual scripts. If you are a non-profit and submit proof with a copy of your non-profit ID number, you will get the benefit of a reduced cost. Alternatively, anyone may purchase up to three scripts or up to six scripts of your choice. 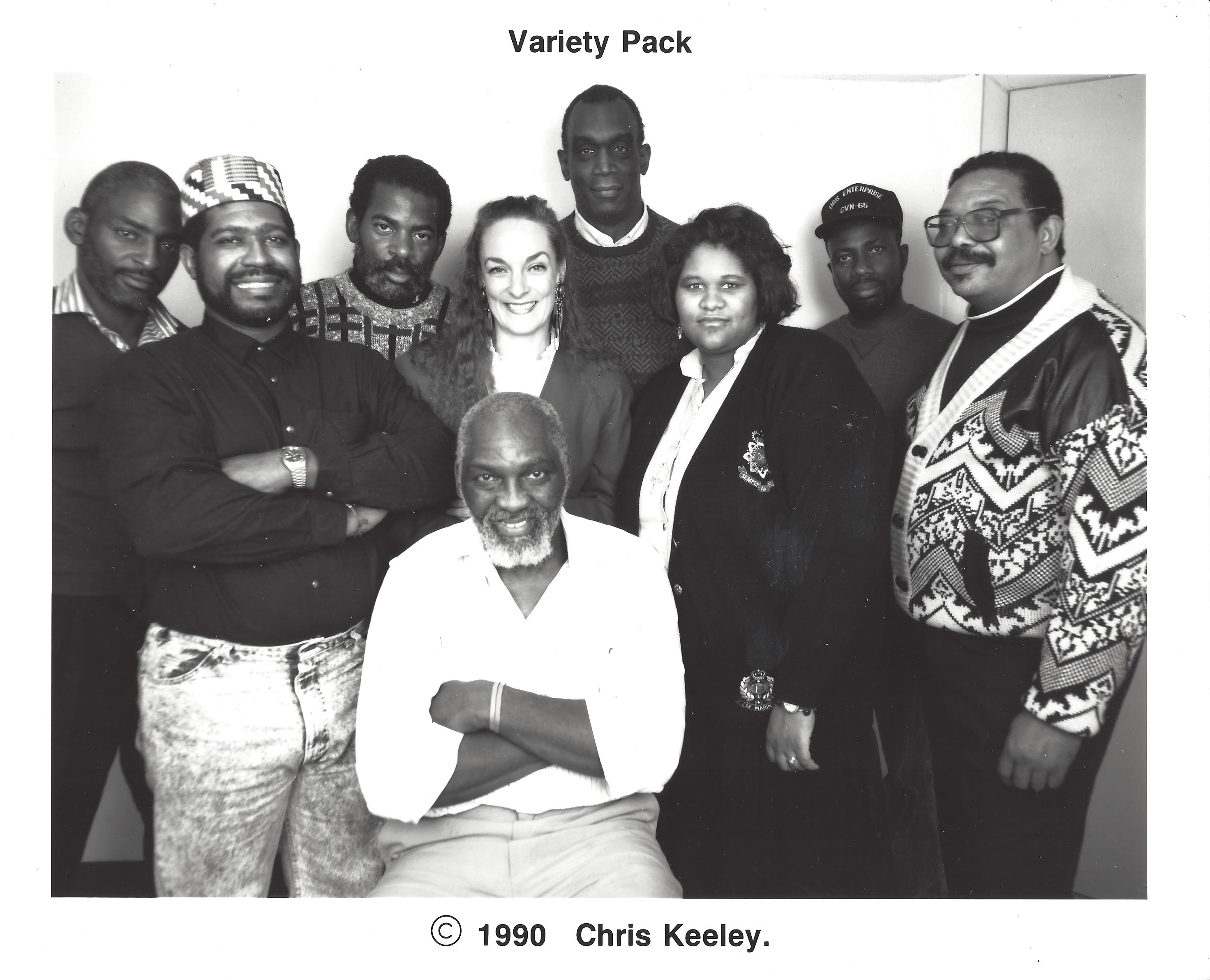 A lot of hard work and expense was involved in creating these stories; so please abide by good ethics, as well as the law, and do not distribute, post, or otherwise share the scripts without permission and payment.  Thank you, and I hope you find them illuminating and enjoyable!  I offer them in LOVE on behalf of the brave men and women who have experienced homelessness.

Break the Chain (of Domestic Violence)

I also authored a one-act play, called “Break the Chain,” which is about domestic violence.

Contact me now for more information, to purchase scripts, or to have me create original scripts for you!

Do It The Write Way! Let My Fingers Do Your Talking!